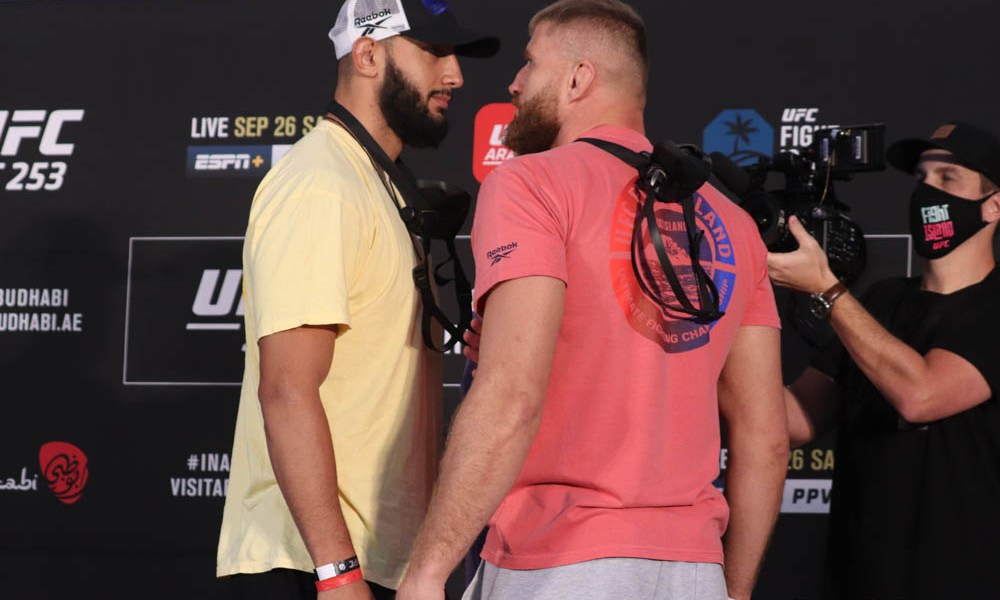 Jan Blachowicz will lead the new era of the UFC light heavyweight after claiming the belt against Dominick Reyes on Saturday at UFC 253.

After Jon Jones recently gave up the strap, Blachowicz (27-8 MMA, 10-5 UFC) scooped it up when he scored a second-round knockout victory over Reyes (12-2 MMA, 6-2 UFC) in the 205-pound championship fight, which took place at Flash Forum at Yas Island in Abu Dhabi.

Check below for the top Twitter reactions to Blachowicz’s victory over Reyes at UFC 253.

So far Reyes showing the better kicks and a bit quicker! #UFC253

Body kick 👌🏾 to the liver hurt him

Gotdamn. Jan kicked Reyes in the ribs and his side immediately welts up. #UFC253

Left kick to the body seems open all day

I think Dominick did something with the widow’s peak to make himself look more evil. #UFC253

Blachowicz gave Reyes a new tattoo there on his ribs…