Senate Republicans, who have the majority in the upper chamber, have signaled plans to quickly move to take up the nomination in the midst of an election season where control of the White House and Congress are on the line, setting the stage for the possibility of a final confirmation vote before Election Day on November 3.

That timeline would leave no room for error and only a little more than a month for the Senate to complete the confirmation process.

In contrast, a Senate Republican Judiciary Committee memo from 2005 obtained by CNN shows preparations for a far lengthier timeline of between 10 to 12 weeks from the Senate’s receipt of a nomination to final confirmation.

A push to confirm a high court justice with only 39 days until a presidential election would put the Senate on track for one of the quickest confirmations in modern history. No Supreme Court nominee has ever been confirmed after the month of July during a presidential election year.
RELATED: The Supreme Court confirmation process, explained
Once Trump names a nominee, Senate Majority Leader Mitch McConnell has indicated that Judiciary Chairman Lindsey Graham, a South Carolina Republican who is facing a competitive reelection fight, will outline how the committee will handle the nomination. Graham has said that the committee plans to hold three days of hearings for the Supreme Court nominee in October.

The stakes in the current Supreme Court fight are immense and come at a pivotal time in American politics. Trump’s ability to appoint a new justice to the court would mark the third of his tenure in office and would create the opportunity to push the court in an even more conservative direction for decades to come. 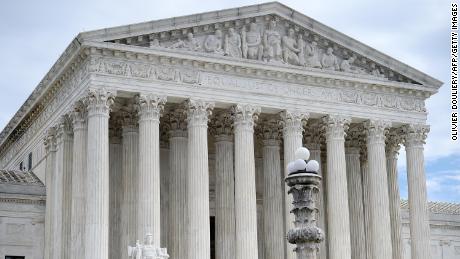 Democrats, in the minority in the Senate, have few options at their disposal to push back, but are nevertheless gearing up for a fight and the drive to install a new justice is sure to create an intense liberal backlash, which could have dramatic implications for the fight for Congress and the White House this year.

Judge Amy Coney Barrett, a federal appellate judge and Notre Dame law professor, is viewed as the leading contender for the nomination, and many Senate Republicans have signaled support for her as a potential pick. In conversations with some senior Republican allies on the Hill, the White House is indicating that Barrett is the intended nominee, multiple sources said.

All sources cautioned that until it is announced by the President, there is always the possibility that Trump makes a last-minute change but the expectation is Barrett is the choice. He is scheduled to make the announcement on Saturday afternoon.

Until a nominee is formally announced and has a chance to be vetted by the Senate, it’s impossible to predict precisely how the timeline will unfold and whether there will be any delays to the process along the way.

But if Republicans want to install a new justice on the court before the election, they will have to work very quickly over a matter of weeks, not months.

A recently updated report from the Congressional Research Service states that “on average, for Supreme Court nominees who have received hearings from 1975 to the present, the nominee’s first hearing occurred 43 days after his or her nomination was formally submitted to the Senate by the President.”

If hearings begin in the Senate the week of October 12, that would mean a timeline of only around 17 to 18 days between the President’s formal announcement of a nominee to the start of hearings.

A confirmation vote by October 29 — if it were to happen — would mean only around 33 days between the announcement of a nominee and the vote to confirm.

The Republican Judiciary Committee memo obtained by CNN, which is dated March 7, 2005, states, in contrast, “we believe the Senate can realistically move from receipt of a nomination to confirmation within ten to twelve weeks.” The memo, which outlined a potential timeline for filing a Supreme Court vacancy, was put together in anticipation of a possible retirement announcement from then-Chief Justice William Rehnquist.

As Senate Republicans and the White House race to fill the open Supreme Court seat, many have struggled to reconcile their support for confirming Trump’s nomination on the eve of an election with their steadfast opposition to even considering the nomination made by a Democratic President eight months prior to Election Day.

Party leaders are pointing to the different partisan makeup in Washington, arguing it’s normal to confirm a nominee when the same party controls both the Senate and the White House and not the norm in an election year with divided government like in 2016. 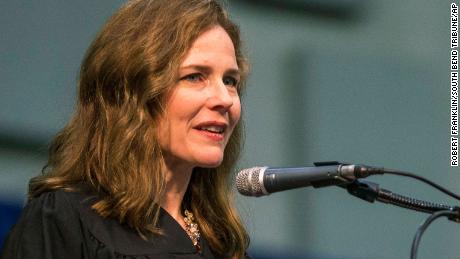 But four years ago, that was not the message pushed by much of the Republican Party as they stressed repeatedly — for months — that it should be the voters who get a say in effectively choosing the next Supreme Court nominee, defending McConnell’s refusal to move on the vacancy, which was later filled by Trump’s pick of Neil Gorsuch in 2017.

So far, only two Republicans — Lisa Murkowski of Alaska and Susan Collins, who is facing a competitive reelection fight in Maine — have voiced opposition to taking up whomever Trump nominates to fill the open seat before November 3.

Collins specified earlier this week that she would vote against anyone Trump names if a vote is held prior to the election.

“I made it very clear, yes, that I did not think there should be a vote prior to the election,” Collins said, adding, “and if there is one, I would oppose the nominee, not because I might not support that nominee under normal circumstances, but we’re simply too close to the election.”

But even with that opposition, McConnell appears to be on track to locking down the support of most Republicans to move ahead with a vote prior to the election, though the exact vote math will not become clear until a nominee is named and senators outline their positions.

GOP Sen. Mitt Romney of Utah, however, signaled earlier this week that he is on board with the Senate taking up a new Supreme Court nominee during the current election year, an announcement that all but ensures a nominee put forward by Trump will be confirmed barring any potential missteps by the nominee during the confirmation process.