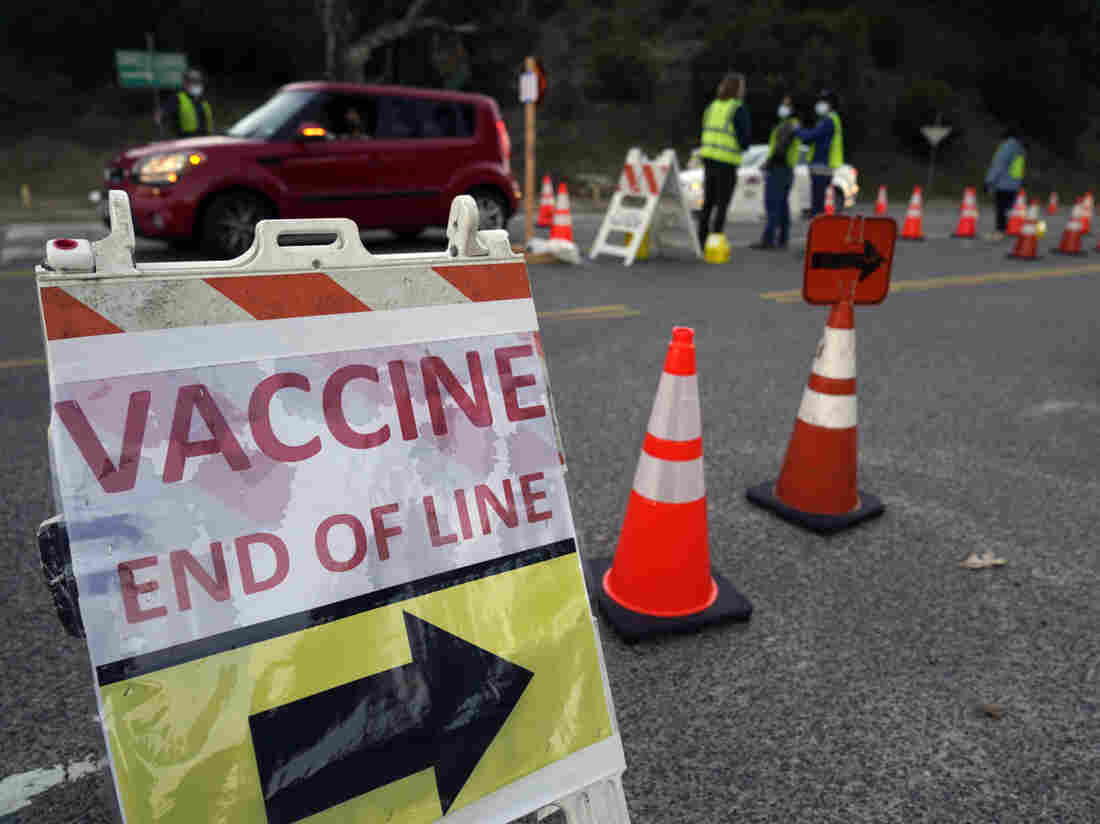 Drivers with an appointment enter a COVID-19 vaccination site set up in the parking lot of Dodger Stadium in Los Angeles on Saturday. One of the largest vaccination sites in the country was temporarily shut down because dozen of protesters blocked the entrance, stalling hundreds of motorists who had been waiting in line for hours. 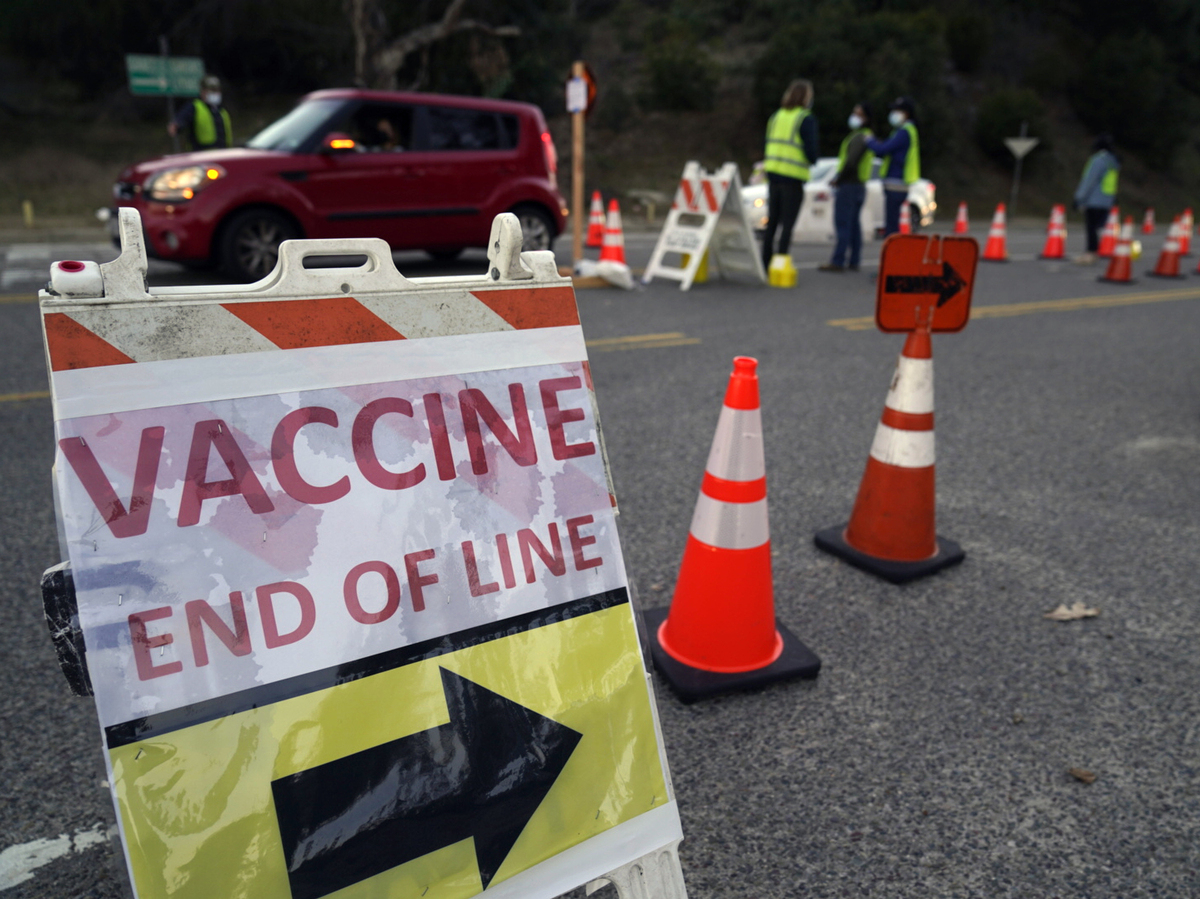 Drivers with an appointment enter a COVID-19 vaccination site set up in the parking lot of Dodger Stadium in Los Angeles on Saturday. One of the largest vaccination sites in the country was temporarily shut down because dozen of protesters blocked the entrance, stalling hundreds of motorists who had been waiting in line for hours.

For nearly an hour Saturday, about 50 vaccination opponents and right-wing supporters of former President Donald Trump blocked the entrance to Dodger Stadium, the site of a COVID-19 mass-vaccination campaign.

Holding signs that said things like “COVID=Scam,” “Don’t be a lab rat,” and “Tell Bill Gates to go vaccinate himself,” the protesters caused the Los Angeles Fire Department to close the stadium entrance as a precaution. People in hundreds of cars, waiting in line for hours, had to wait even longer.

The site was shut down around 2 p.m. Saturday, as several Los Angeles Police Department officers arrived at the scene. No arrests were made, and by 3 p.m., the site was reopened. “We will not be deterred or threatened,” California Gov. Gavin Newsom said on Twitter.

Everyone who had been scheduled to receive a vaccine still got their dose, officials said. But the episode highlights the continuing distrust of vaccines by a substantial portion of the public, and the unwillingness of some Americans to accept the reality of the coronavirus pandemic that has killed nearly 440,000 Americans.

“Why are we letting pregnant women become lab rats in real time?” a man in a top hat shouted into a megaphone. Health officials say the vaccine is safe for pregnant women.

Nearby, protesters held signs like “Take off your mask & smell the bulls***,” and “CNN is lying to you.” The man in the top hat added: “Hydroxychloroquine works!”

It’s hard to tell from an isolated protest just how widespread the belief in some of these conspiracy theories is. But according to a December NPR/Ipsos poll, the number may be significant. For instance, the poll showed that about 40% of the American public believes COVID-19 was created in a lab in China, and 17% believe the false QAnon theory that politics and the media are controlled by “a group of Satan-worshipping elites who runs child sex ring.” (And 37% said they don’t know whether that one is true or not.)

Many of the Dodger Stadium protesters were also far-right supporters of former President Donald Trump, but they took pains to hide that connection. “Please refrain from wearing Trump/MAGA attire as we want our statement to resonate with the sheeple,” read a social media post form a protest organizer before the event, the Los Angeles Times reported.

We’re at the mass vaccination site at Dodger Stadium to get my mom the vaccine. The anti–vax protestors have approached the entrance to the site. The LAPD have now closed the gate. We have been sitting here for about half an hour. Nobody is moving. pic.twitter.com/GrJPA5wrqx

More than 3.3 million Californians have been infected with the coronavirus, and more than 40,000 there have died — including another 464 on Saturday.

And Los Angeles health officials warned that variants of the coronavirus were spreading there. The county’s Department of Public Health confirmed it had found a second case of the more contagious variant, B.1.1.7, that first emerged in the U.K. Other variants are “already spreading in the county,” Public Health said.

Los Angeles County has also recorded four additional cases of MIS-C, which stands for “multisystem inflammatory syndrome in children.” That’s a complication of COVID-19 that causes serious side effects in the young, including persistent fever and inflamed body parts.