But Georgia Democratic Senate candidates Jon Ossoff and Raphael Warnock have narrowly tailored their message to addressing the health care and economic crises, and Democrats plan to expand their field operation in the Peach State. 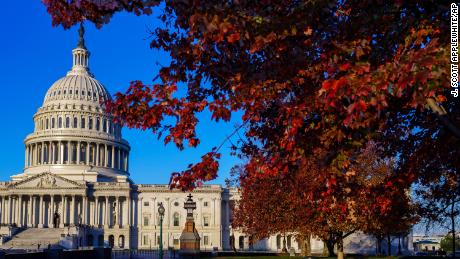 Democrats performed better in Georgia congressional races than in other states President Donald Trump won in 2016. President-elect Joe Biden leads Trump in the state, the best showing for a Democrat since 1992. Democrat Carolyn Bourdeaux flipped a House seat northeast of Atlanta, while Georgia Democratic Rep. Lucy McBath won reelection for her suburban seat by a greater margin than two years ago. And Republican Sens. David Perdue and Kelly Loeffler are both expected to miss the 50% threshold to avoid a runoff, pitting them against Ossoff and Warnock in runoff elections on January 5.

While Republicans historically have fared better in Georgia runoff races, Democrats hope that GOP turnout will suffer without Trump at the top of the ticket. Trump’s refusal to concede the race has put Perdue and Loeffler in a tight spot, forcing them to defend the President’s efforts to wage a losing battle while also trying to run as a check on the Democratic control of Washington.

The senators called on Monday for Republican Secretary of State Brad Raffensperger to resign, saying his “mismanagement” and “lack of transparency” were “unacceptable.” Raffensperger responded that he wouldn’t and that Perdue must be “irritated” he was in a runoff (Loeffler’s 20-person race was almost bound to go to one). The Georgia secretary of state said that it’s “unlikely” that any illegal votes would provide a large enough margin to overturn the results, and suggested Loeffler and Perdue focus on their own races to make sure Republicans keep the Senate. 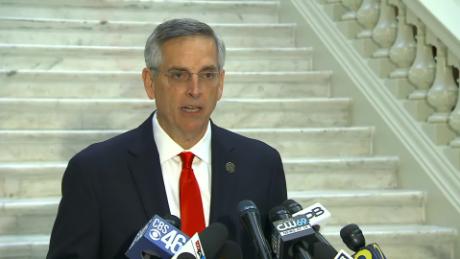 “I know emotions are running high,” he wrote in a statement. “Politics are involved in everything right now.”

Meanwhile, Democrats are facing an internal debate over polling, tactics and messaging strategy after unexpected losses in House races and underperformances in Senate races. Illinois Rep. Cheri Bustos announced on Monday that she would not seek another term leading the Democratic Congressional Campaign Committee.

Howard Franklin, a Georgia Democratic strategist, told CNN that his party needs to expand its in-person campaigning, saying that “a large contingent” of Democrats are not going to show up for a Zoom call, respond to a text from “strangers and volunteers” or join a candidate’s telephone town hall.

“They have to be met exactly where they are,” said Franklin.

Cliff Albright, co-founder of Black Voters Matter, said Ossoff is “going to have to do a better job with Black voter outreach.” He said his group would do its part, sending waves of text messages and caravans of buses and vans to counties with significant African American populations in order to drive turnout. Albright said Democrats have the “momentum” in the race now that Black voters realize they have the power to turn Georgia blue.

The Democratic Senatorial Campaign Committee announced on Monday that it would spend millions to register Georgians and get them to vote, including organizers, direct mail, phone, text messaging and digital efforts. The state’s registration deadline — December 7 — is in less than a month, and Georgia will start to send out absentee ballots next week. Ossoff announced Monday a weeklong tour hitting all of the top media markets in the state, and challenged Perdue to three debates.

Georgia hasn’t elected a Democratic senator in 20 years. But Democrats have new reasons for optimism, given Biden’s performance, the rapidly diversifying Atlanta suburbs and their success registering hundreds of thousands of new voters in the last couple of years. Fair Fight PAC, a voter registration group founded by former state House Minority Leader Stacey Abrams, announced it had helped raised $7.2 million for the candidates.

Abrams said on CNN Sunday that Ossoff and Warnock will have unprecedented resources for the runoff races, and an effective closing message: “This is going to be the determining factor of whether we have access to health care and access to justice in the United States.”

The Senate Democratic candidates are trying to appeal to both liberal and moderate voters. On Gray Television, Warnock, the senior pastor at Ebenezer Baptist Church, said he ran for office because he wanted to “bring people together,” helping Americans obtain “livable wages,” feel safe, afford health care and allow people to “retire with dignity.”

But when asked about issues that divide the Democratic Party — including court-packing, and statehood for Washington, DC, and Puerto Rico — Warnock said the Republican Party is “trying to divide us again, and it’s really sad.”

Loeffler has alleged Warnock doesn’t respect law enforcement, pointing out that he said in a 2015 sermon after a police officer in Ferguson, Missouri, killed Michael Brown that some officers had a “gangster and thug mentality.”

Warnock said on Gray Television that he has spoken at memorial services for police officers and honored those “who’ve given their lives in the line of duty.”

“You can both affirm the dignity, and the importance of what law enforcement does, and at the same time hold police officers who engage in police brutality accountable,” Warnock said.

South Carolina Democratic Rep. Jim Clyburn acknowledged on CNN’s “State of the Union” on Sunday that the Republican effort to tie Democratic candidates to the left’s “defund the police” slogan had hurt Democrats in 2020. “We need to work on what makes headway, rather than what makes headlines,” Clyburn said.

Some Republicans think that Loeffler and Perdue will benefit from the President’s loss, arguing it could motivate Trump supporters frustrated by the outcome to vote against Warnock and Ossoff in order to prevent Democrats from controlling the House, Senate and White House.

“If you feel like the presidential election was stolen, then vote for Perdue and Loeffler to stop the stealing of the Senate,” said GOP strategist Brian Baker.

Georgia Republican strategist Jay Williams told CNN that Georgians are going to be motivated by the GOP message that “we need to have the Senate or else they’re going to have carte blanche to do whatever they want.”

But he warned that a “really acrimonious” recount for the presidential race could benefit the Democrats and “weigh down the messaging of the Republicans.”

After Perdue and Loeffler called on Raffensperger to resign, Trump tweeted, “Georgia will be a big presidential win, as it was the night of the Election!”