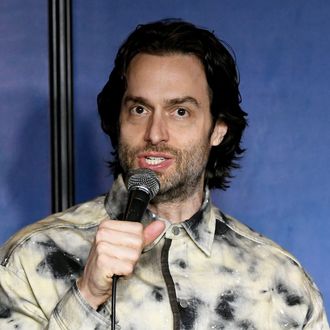 Months after multiple accusations of sexual harassment and misconduct led to Netflix pulling his upcoming prank show, former costar Whitney Cummings condemning his “pattern of predatory behavior,” and Tig Notaro taking over his role in Zack Snyder’s Army of the Dead, comedian Chris D’Elia posted a ten-minute video to YouTube on February 19, his first in eight months, once again denying any claims of criminality made against him. “First of all, I do know how it looks, with all the stuff that’s been said, and the emails that have been put out there, and what the media has been trying to say,” D’Elia said in the video. “I know it looks bad, and it doesn’t show the full scope of what happened. I stand by the fact that all my relationships have been consensual and legal, and that’s just it. That’s the truth.”

In most of the video, D’Elia focuses on his self-described life-controlling “problem” with sex, including his history of being “flippant” about having sex with fans while in relationships. “Sex controlled my life. It was my focus all the time. I had a problem, and I do have a problem,” he said. “It was out of control, so I have a chance here to apologize to the people that got caught up in that shit, and the lies that I would tell my fiancée, my friends, and I’m sorry.” D’Elia added that he’s been “on this path to recovery for a bunch of months” and that “it’s the hardest thing ever to have to look at yourself and realize that’s that’s what it is, and that’s what you’ve done, and that’s who you are.”

Last summer, the You actor was accused of allegedly soliciting nude photos from underaged girls online, while in September, several women claimed the comedian exposed himself to them. D’Elia denied the allegations on both occasions, with his attorney, Andrew Brettler, noting in September that D’Elia “has never engaged in any sexual conduct with any woman without her consent.”