It’s official: Billie Eilish has revealed that her second album is called Happier Than Ever and that it’s coming out on July 30 (via Darkroom/Interscope). In addition, Eilish said she’ll release a new song this Thursday, April 29. Check out her announcement, as well as the tracklist, below.

Since releasing her studio debut WHEN WE ALL FALL ASLEEP, WHERE DO WE GO? in March 2019, Billie Eilish has released the singles “everything I wanted,” “No Time to Die,” “my future,” “Therefore I Am,” and “Lo Vas a Olvidar.” The new album includes only “my future” and “Therefore I Am.” According to a press release, Eilish wrote Happier Than Ever with her brother FINNEAS, who also produced the LP

Back in February, Billie Eilish told Stephen Colbert, “I don’t think I would’ve made the same album, or even the album at all, if it weren’t for COVID.” She continued, “That doesn’t mean it’s about COVID at all, it’s just that, when things are different in your life, you’re different. That’s just how it is. So, I have to thank COVID for that, and that’s about it.”

All products featured on Pitchfork are independently selected by our editors. However, when you buy something through our retail links, we may earn an affiliate commission. 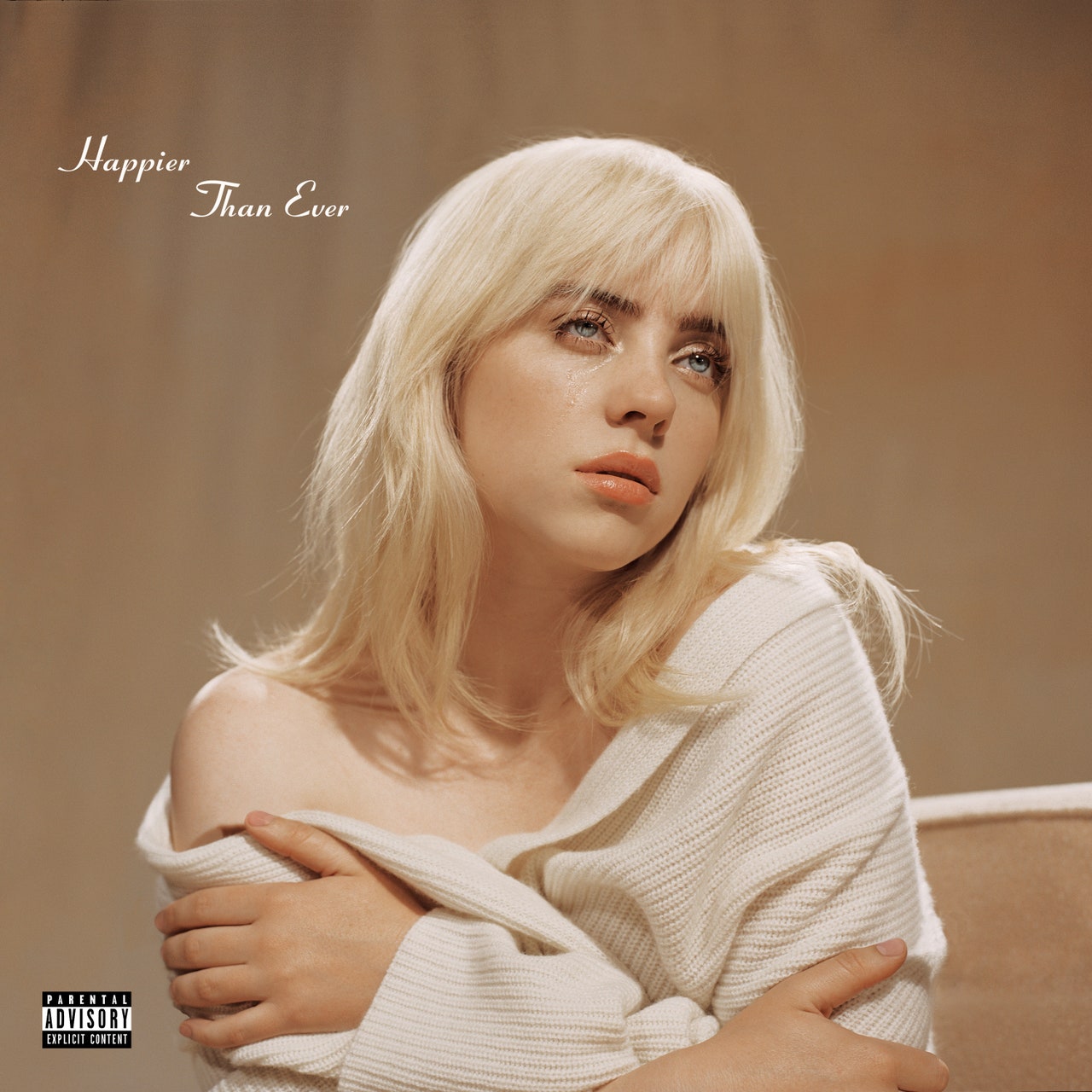 Billie Eilish: Happier Than Ever