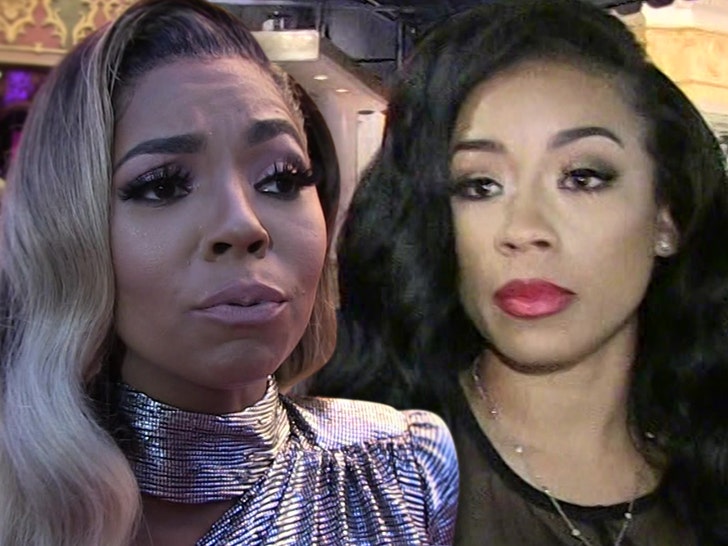 4:12 PM PT — It’s official, the Ashanti/Keyshia Verzuz battle will be pushed back a bit so Ashanti can recover.

The official Verzuz account writes, “Unfortunately, we have to postpone tonight’s @Ashanti vs @KeyshiaCole #VERZUZ. Ashanti tested positive for COVID-19 beforehand, and we cannot put anyone at risk in the process. First time this has struck us so close to showtime. We apologize to our incredible audience!

They add, “Get well soon, Ashanti 💜🖤💚 Wear a mask, stay inside, and take COVID-19 seriously. It’s truly affecting our community 😷😪 “

Ashanti and Keyshia Cole may not face off with a hit-for-hit throw-down after all — because the former says she’s contracted COVID-19 … but not all hope is lost just yet.

Ashanti announced Saturday that she’s got the coronavirus, taking to IG to write … “Hey y’all I can’t believe I’m saying this but I tested positive for COVID-19. I’m ok and not in any pain.” Then … a sliver of hope for fans who were dying to see her on Verzuz.

She says, “I’m actually down to do the verzuz from my house… we’re trying to figure it all out!!! No word from Keyshia yet on that front, but if they could salvage the battle and still move forward … that’d be pretty incredible, as people have been waiting on this for weeks.

Since the announcement that Keyshia and Ashanti would be the next artists to be featured in a Verzuz, the show was getting major pub and attention … as it might be the most highly-anticipated one to date. Up until now, there haven’t been too many females featured on Verzuz — and the fan base has been clamoring for these two R&B titans to go at it.

Many note that the two women have hits for DAYS, and were eager to see who could crank out more … and which ones would resonate with people more.

The show was supposed to get started later this evening — at the moment, it’s unclear if it’ll get canceled, postponed … or if it’ll proceed. Assuming Ashanti’s okay and quarantined in her house, you gotta wonder … why the hell not???