It was a hot August day in 2009. CNN witnessed those scenes, which the then 12-year-old Mohammed el-Kurd says he can barely remember today.

Abutting his current family residence is the part of the house his grandmother — who died last year at the age of 103 — once lived. A Jewish man lives there now — a settler, according to international law. Outside, a playground that was once an island of serenity for the Kurd children is strewn with litter and thick overgrowth. An olive tree which his family planted in 2000 stands in the middle of the garden.

“It was the first time I felt how minuscule I was in comparison to the hundreds of army and police and occupation forces that were accompanying settlers and throwing people outside of their homes,” Kurd told CNN from the family’s home in Sheikh Jarrah neighborhood of Jerusalem this week.

“So much has been erased from my memory because of the intensity of the situation.”

Kurd is now a poet. His first book of his poems centered on Palestinians’ struggles is about to be published. He called it “Rifqa.” 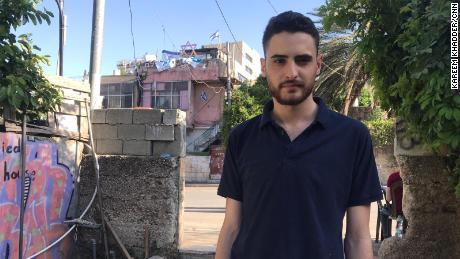 Kurd is also a vocal advocate of Palestinian rights, and his family once again faces the possibility of forced displacement from what remains of his home. As the conflict between Israel and Hamas raged on this month, Kurd was outspoken in his activism around the plight of Palestinians in Gaza.

After the declaration of a ceasefire brought an end to more than 11 days of conflict between Gaza and Israel, Kurd and other Palestinians say they can rest a little easier. But they say their day-to-day reality hasn’t changed.

“For clarification, our neighborhood’s situation is still terrible, and we are still ​closed off (to non-residents) and our displacement remains a possibility,” Kurd tweeted just after the ceasefire announcement, referring to Sheikh Jarrah, the epicenter of unrest that gripped Israel and the Palestinian territories this month.

The Palestinian families facing possible eviction have been living in the Sheikh Jarrah neighborhood, just north of the Old City, since 1956, in an arrangement brokered by the United Nations to find homes in East Jerusalem — then under Jordanian control — for those displaced during the establishment of the state of Israel in 1948.

Now, an Israeli nationalist organization called Nahalat Shimon is using a 1970 law — passed after Israel gained control over East Jerusalem in 1967 — to argue that the owners of the land before 1948 were Jewish families, so the current Palestinian inhabitants should be evicted and their properties given to Israeli Jews. More than 700,000 Palestinians were displaced during the creation of the state of Israel, according to the United Nations agency supporting Palestinian refugees. 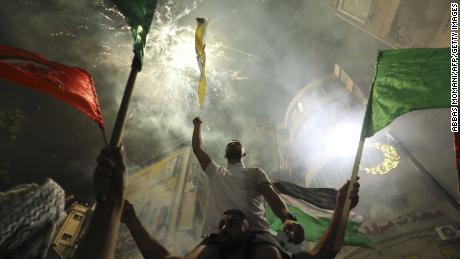 Palestinians contend that restitution laws in Israel are unfair because they themselves have no legal means to reclaim the property they lost to Jewish families in the late 1940s, in what became the state of Israel.

Israeli officials have described the issue as a “real estate dispute.” The UN says the evictions are illegal under international law. 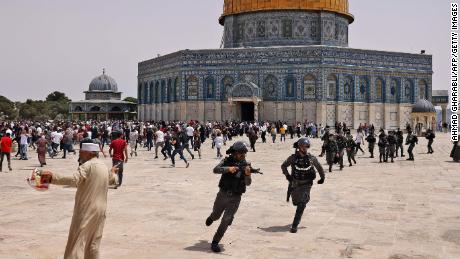 In recent weeks, Palestinian protests on behalf of families facing the threat of eviction in Sheikh Jarrah galvanized a youth movement that spread through Jerusalem, the West Bank as well as among Arab communities in Israel, many of whom identify strongly as Palestinian.

The incendiary scenes spurred even more Palestinians to take to the streets. And for the first time in years, Hamas militants in Gaza fired rockets at Jerusalem, in what Hamas said was a reaction to Israeli police actions in Al Aqsa.

For 11 days, Israel and Hamas exchanged fire. More than 1,800 Israeli airstrikes destroyed a number of buildings, including scores of residential towers and 33 media institutions, and killed at least 230 people in Gaza, including 60 children, according to the Ministry of Health based in Gaza, which is governed by Hamas. Twelve people, including two children, died in Israel as a result of more than 4,000 Hamas rockets, according to Israeli officials.

After the ceasefire went into effect early Friday, the leaders of Israel and Hamas were both quick to claim victory.

Despite the truce, the underlying issues that spurred Palestinians into the streets in the first place haven’t gone away, rights groups and analysts say.

Last month, a 217-page Human Rights Watch report said Israel “institutionally discriminates” against Palestinians in the West Bank and Gaza, as well as in Israel, accusing it of committing “crimes of apartheid and persecution.”

In January, the Israeli rights group ​B’Tselem declared Israel “a regime of Jewish supremacy from the Jordan River to the Mediterranean Sea: This is apartheid.”

Israeli authorities have vehemently denied the accusations by such groups. Israel’s Ministry of Foreign Affairs called the HRW report “fiction” and said the claims were “preposterous and false,” accusing them of advancing an “anti-Israeli agenda actively seeking for years to promote boycotts against Israel.” 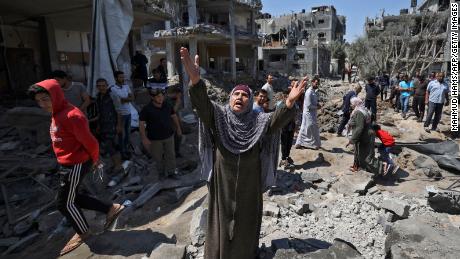 It is this law, argues Marwan Muasher, vice-president for studies at the Carnegie Endowment for International Peace, that has contributed to mobilizing Palestinians across Israel, as well as in the occupied West Bank and Gaza.

“Israel today has employed two separate legal systems, one for the Palestinian Arabs and one for the Israeli Jews, which is the textbook definition of apartheid,” said Muasher, a former Jordanian foreign minister and his country’s first ambassador to Israel. “The word apartheid was taboo a few years ago. Today, it is no longer taboo.”

“We are living in the George Floyd era where racial injustice inside the United States is no longer tolerated, and injustice anywhere should not be tolerated,” he added. “I think there is an appetite developing internationally that supports this.”

A growing frustration with Palestinian leadership

But the Palestinian popular landscape is shifting in more ways than one. Across communities, the chasm between the young people driving the protests and their leadership is growing ever wider.

Palestinians in the West Bank, where the Palestine Liberation Organization rules, are increasingly frustrated at repeated delays to elections, along with the perception of widespread corruption. The PA denies allegations of corruption.

In Gaza, more and more Palestinians have grown disenchanted with the once-popular Hamas, although the group has since an uptick in their popularity since the recent flare up with Israel. 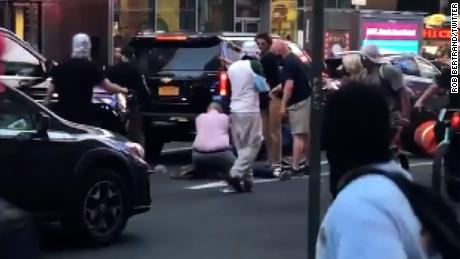 Alternate parties are beginning to bubble up, and despite being fledgling and inchoate, seem to embody Palestinian desires more than the established leadership.

“The youth are fed up with their leadership. They might have answers. They might not have structures, but they’re all unified in rejecting the old order,” said Muasher.

All this blew up into clear view after the Sheikh Jarrah protests over the forced evictions. “There’s a lot of frustration among the Palestinians particularly because of the Sheikh Jarrah incident,” said Muasher. “There is no Palestinian that doesn’t feel the pain of being forced out of their homes.”

Back in Sheikh Jarrah, the Kurd family continues to fight a court battle to keep what’s left of their home, despite feeling certain that the Israeli justice system will rule against them. Israel’s Supreme Court postponed the latest hearing, which was set for May 10, due to tensions surrounding the case., and a new date has not yet been set.

“To this day, there’s not enough room for us inside the house,” said Kurd, as he stood outside the part of his home where a Jewish settler now lives. Video showing the man from New York went viral after Kurd’s sister confronted him about inhabiting the home.

“We sleep on the couch. The recent development in the uptick of police violence has forced us to even sleep with our shoes on,” said Kurd. “Because we’re afraid of when they’re coming.”